You are here: Home > Brainwashing children: The four levels of abuse 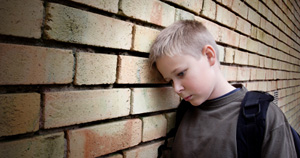 The Four Levels of Brainwashing Children

Brainwashing children to despise a parent falls into one of four categories of severity:

Glancing insult
The glancing insult, also called a “drive-by put down,” is a derogatory remark said to the child about a parent. These are off-the-cuff remarks whose purpose is to instill doubt and negative opinions about the target parent.

“She’s picking you up at 6pm, if she’s even on time”
“So your father didn’t seem to care much about what you thought, huh…”
“You know I love you more than anyone else in the world does, don’t you?”

Direct attack
A direct attack is a slew of words plainly at plainly disparaging you, and thus your relationship to your child.

“Your father is an inconsiderate jerk”
“If your mother wasn’t such a messed up soul, your time with her would be much more fun”
“Your mother is a terrible mother, that’s for sure. I can’t believe she did that—what a moron”

Relationship attack
When the source parent tries to harm the parent-child relationship by attacking visitations, minimizing telephone and email contact, and insinuating that time spent with the target parent is bad for the child.

Examples of what such parents will do:

Being “unavailable” all week to receive phone calls from the target parent to the child
Not returning any calls, texts, or emails made by the target parent
Telling the child, “You have complete family here with me and your Dad (step-father), yet he’s again ripping you away from us this Christmas”
Telling the child, “You only have 5 days left with her, then you’ll be back and safe with us.”
Withholding letter, postcards, and emails from the child

Relationship-ending coaching
The most deplorable thing a parent can do to their child is the final step, coaching the child on how to completely break off contact with their own parent.

Some of the things the source parent will teach the child include:

Wrap-up: Take the high road
You’ll sometimes feel overwhelmed at correcting the brainwashing being inflicted upon your child. A brainwashed child will act in truly heart-wrenching manners, and you’ll often not even recognize him or her anymore.

But hang in there. Read this blog, discuss with other loved ones your frustration, and read the book “Divorce Poison,” take your complaint in front of the Judge in your case, and you and your relationship will be rewarded one day for your refusal to take part in counter-attacking the other parent.

Be a loving parent, don’t discuss the other parent in a negative light—ever—and take the high ground. Lastly, find a good child therapist who does “play therapy” with children, and you’ll be doing the right things to slowly undo the damage done to your child’s mind.

Posted on November 8, 2009 by John in Exposing the methods

John Thomas Steinbeck is a parental alienation consultant. He and his son's relationship was under attack in a deplorable campaign of parental alienation. In this blog, John shares his insights, techniques, and tools in combating emotional child abuse. He did it-- today his son's love has been restored-- and you can too!
View all posts by John →
← Quote of the Week (#3)
Quote of the Week →