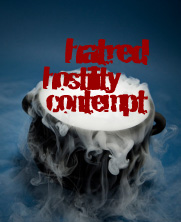 Although some brainwashing parents may avoid conflict with you, inside they’re often a boiling cauldron of hatred and hostility. – www.brainwashingchildren.com

Posted on September 9, 2009 by John in Brainwashing

Any attempt at alienating the children from
the other parent should be seen as a direct
and willful violation of one of the prime
duties of parenthood.

Children want to be loved by both of their parents. – www.brainwashingchildren.com

An alienating home is an abusive home – Mel Feit

When your child is dropped off with your ex following your weekend or other multi-day visitation, a brainwashing parent will usually give your kid(s) a post-visitation “shakedown”.

The goal of the parent doing this is to extract all the details, looking for those that put the other parent in bad light.

The poor child knows the parent wants to hear only the bad (nevermind that he/she just learned how to, say, ride a bike for the first time during this visit). So the child states the case the alienating parent wants to hear, often exaggerating or even lying.

How do you combat this? You can’t, mainly because you know it’s going on but you can’t prove it. Moreover, you simply can’t control the other parent’s behavior. So what you do is not think about the “shakedown” event. As long as you’re being the best parent you can be and do not engage in the awful behaviors the alienating parent is, you’ll come out fine in the end. And the child will remember the campaign against you eventually, and how fraudulent it was.

This, in turn, turns into the brainwashing boomerang.

It’s a shame what parents will do following a child’s time with a parent. The attempt to strip the bonding moments down and label them something different is without question child abuse.

Posted on October 15, 2008 by John in Brainwashing

In so much of what a malicious parent does and says to a child to force them to take sides in a divorce or custody battle, it can be boiled down to this:

One parent is attempting to block a child from loving the other parent.

Is this child abuse? Of course it is. It’s a cruel practice that deserves prompt attention so that it stops and the effects are neutralized as much as possible through therapy.

The three pillars of child abuse: Mental, Physical, and Sexual, all damage the child moderately to severely. Unfortunately, today’s “soft” courts who won’t stand up to mental child abuse allow the practice to continue largely unabated. This needs to stop.

There are only a few books on mental child abuse, but hundreds on sexual abuse. That’s the reason I decided to start this blog– there’s so little information out there for parents to learn about on the topic of Brainwashing Children.

"Don’t make me choose!" – the universal cry of children

Posted on September 20, 2008 by John in Brainwashing

Inside a child’s mind, when he or she faces brainwashing from a parent, the feeling they get is one of:

Children know their parents have faults and aren’t perfect. They don’t hold one parent up to the other and say to themselves “this parent is better, so I like them better.” Rather, children simply want harmony and to be loved by both, in each parent’s own way of expressing it.

They don’t want to have to choose one parent over the other. Which is why brainwashing is such a travesty– it’s forcing them to develop negative feelings towards a parent when the child doesn’t feel such hostility naturally.

So it’s our duty as parents to never put our children in the direct or indirect fire of toxic statements or insinuations against our ex. Children love both their parents, and deep within hate negative expressed towards a parent– even when what is spoken of is true!

When your son is suddenly sick before visitation

Multiple times before visitation, my son’s mother has said that Charlie’s sick. It wasn’t a “be forewarned, he’s sick. He’ll need XYZ medicine, etc.” Rather, it was a simple, “He’s sick.” End of story.

At the time I just thought whatever, she’s just letting me know he’s not feeling well. Oh well, we’ll get through it.

Only later after lots of research on the topic of brainwashing of children did I realize that this is a commonly used tactic by ex’s who don’t want your son or daughter around you.

Your only solution is to do what I did, tell them thanks for the update, and reconfirm the pickup time. If your ex suggests no visitation because of the illness, politely inform them that you will take care of the child (and are open to medical solution suggestions), and that to deny visitation would raise the matter to a new level.

Sidebar: Keep in mind you’ll have to judge the entire situation: If the child is indeed quite sick, would you want them to be around your healthy house? A good technique is to speak to your child and gauge the extent of their illness over the phone.

A brainwashed child’s vocabulary is often quite remarkable. You’ll hear an 8-year-old say words like “concerned”– as in, just today my son, 8, told me he’s “concerned” when asked why he wants to know when our next visitation date is (it was the first time he’s ever asked about upcoming visits).

90% of the time Charlie says anything weird about me or my family, or expresses angst (the brainwashing in the background at work), he uses adult language. It’s a dead giveaway to the thoughts not being his own.

So when you suspect your son or daughter is being brainwashed by the ex, you’ll get confirmation many times by the vocabulary he or she uses.

Charlie is 8 years old, and today I had a weird conversation with him on the phone. He asked me when I’m coming to pick him up next. I told him I don’t know yet, my flight schedule isn’t out yet. But that I will know in 2 weeks.

I then asked “Why, Charlie?”

I said, “Concerned about what?”

“Um, because you’re going to take me away from my family.”

“Charlie, you know we’re going to have a blast as usual when I come and pick you up, do you not a great time usually with me and the kids?”

Mind you, he has a fun time around me and my family. I take pictures and videos to document this for the upcoming trial. It’s very difficult to hear your son become distant from you and even say that he doesn’t enjoy being around you. You know it’s his mother’s programming, but it still hurts.