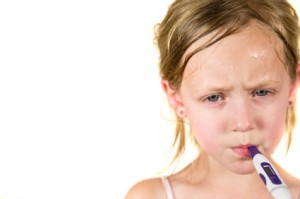 Most experts in child abuse aware that there’s three forms of abuse:

However, what many aren’t aware of is one of the most DEADLY forms of child abuse:

Its most common form, and only formally recognized form of medical abuse, is that of “Munchausen Syndrome by Proxy.” MSbP is a very serious — and often deadly– form of abuse whereby the parent, usually a mother, inflicts real or fake injuries and/or symptoms to her own child in order to gain attention or sympathy. (read this article for a primer on MSBP).

It’s deadly in that an estimated 10% of kids whose parent has MSbP dies as a result. In fact, it has been estimated by authorities on the subject that approximately 20% of children who are thought to have died due to SIDS (Sudden Infant Death Syndrome) actually died from a parent with Munchausen Syndrome by Proxy.

In my case, the issue that really stands out is that my son’s mother is never, ever thrilled when batteries of tests come back negative or he recovers from his many “illnesses.” However, when talking about his ailments, many of which are severe, she goes into graphic detail. Yes, we’re talking about a mother that literally gets excited about pulling my son out of school (100 days the past 2.5 years) for medical testing, check-ups, surgeries, etc. However, when away from her, does my son continue to have these supposed illnesses?

Nope. They’re virtually nonexistent when he’s with me, his Daddy.

So when talking about child abuse, it’s important to understand that there are five kinds, not three. And they’re all simply intolerable, as they’re harming the most innocent of us!

Posted on December 21, 2010 by John in Exposing the methods

John Thomas Steinbeck is a parental alienation consultant. He and his son's relationship was under attack in a deplorable campaign of parental alienation. In this blog, John shares his insights, techniques, and tools in combating emotional child abuse. He did it-- today his son's love has been restored-- and you can too!
View all posts by John →
← Brainwashing and custodial parents
Turning all phones off during the child’s birthdays, for Thanksgiving, Father’s Day, etc. →